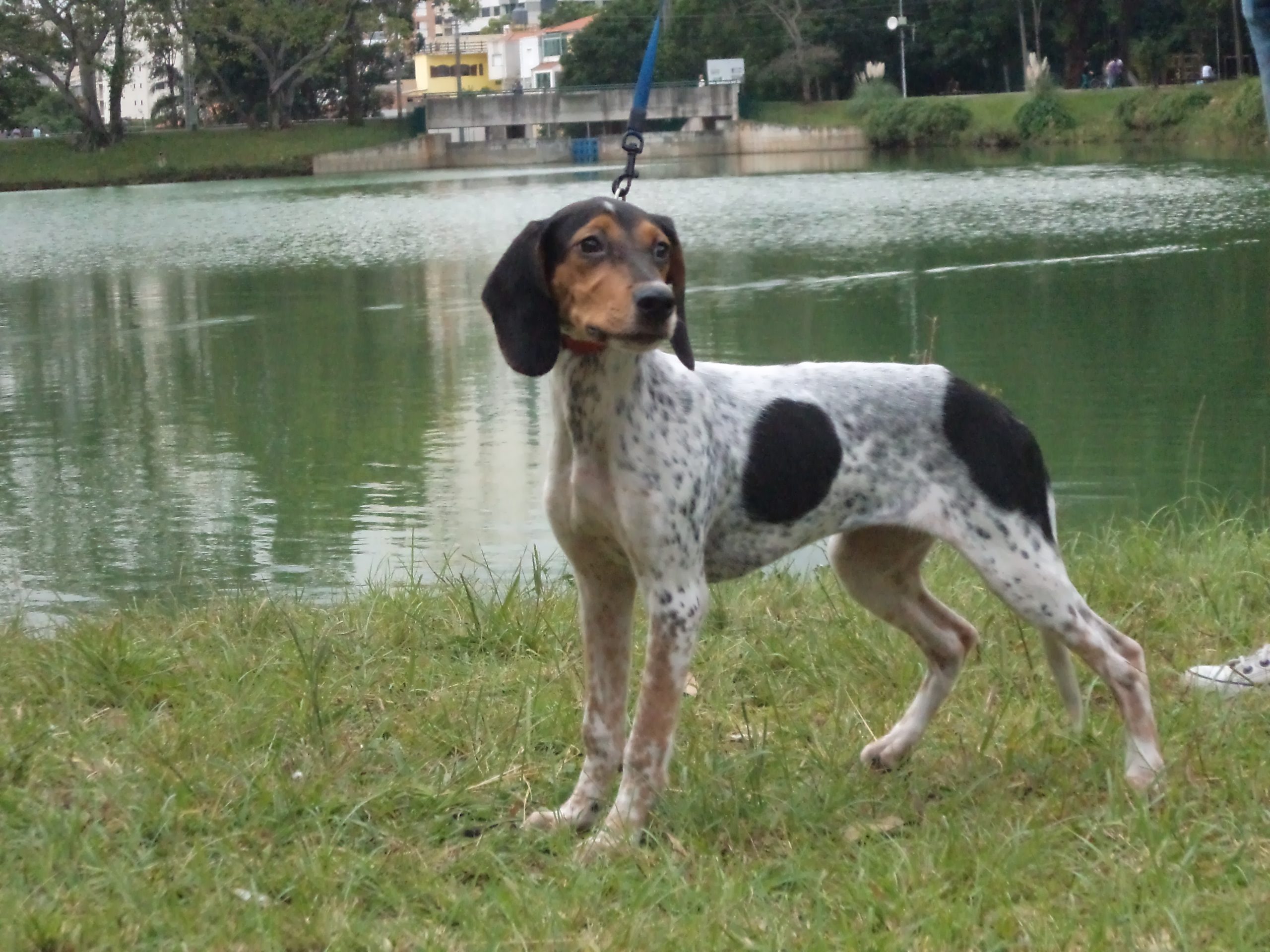 Dogs. Where would we be without them?

They come in different shapes, sizes and colours with different personalities, features and characteristics. All cute, all adorable, all wonderful.

There are dogs bred for hunting, tracking, herding, cuddling, ratting, retrieving and much much more.

With 350 breeds recognised by the World Canine Federation, there’s a whole array of furry facts for us to learn. But with so many breeds alive today, we often forget how many there were that came before, and more importantly- who were these past breeds?

Dogs have been by our side for 15,000 years, and there have been many extinct dog breeds since then. This post explores 17 fascinating extinct dog breeds that aren’t around today. We look at who they were, their characteristics and what led to their unfortunate extinction.

The Talbot was a hunting hound commonly found in Middle Ages England.

They were a small to medium sized white dog with short legs, powerful feet, a deep chest with long drooping ears and a very long curled tail.

Experts believe Talbots to be the ancestors of the modern day Beagles. People used to breed them for hunting. Although, it’s not sure if they used sight or scent to hunt.

Fun Fact: The Talbot is a very common name for English pubs, you can see the Talbot dog act as the coat of arms for many of these establishments.

In the 1860’s, breeders embraced the English White Terrier as they looked to develop a new breed of terrier.

Due to the rise of dog shows, demand grew massively for new breeds – in particular, terriers. People were trying to “improve” every breed available which led to the birth of the English White Terrier.

Unfortunately, many of terriers were born with genetic issues like deafness. This led to them being useless for working the fields. They were fragile and delicate, needing care rather than work.

They became extinct in the early 20th century due to a lack of interest from the buying public.

The Paisley Terrier originated from Scotland and was a showdog version of the Skye Terrier.

It’s beautiful coat won many prizes at dog shows and it was an “excellent house dog suited for ladies.”

Dog shows declined in the 1900’s leading to a waning interest from fanciers. The lack of interest and interbreeding resulted in it’s extinction.

The closest resemblance seen today is the Yorkshire Terrier.

The Molossus was a large breed of dog originating from Ancient Greece.

The famed scholar Aristotle mentions them in The History of Animals. Molossan hounds were often wardogs. Historical tales say that Alexander The Great and The Roman Empire used them for battle.

They hunted people who were hiding and charged into battle to break up formations.

Some say the Mastiff originated from the Molossus but many historians remain sceptical.

The Salish Wool Dog was a small, white, long-haired wool dog developed by the coast Salish people of Washington and British Colombia.

The dogs primary use was it’s hair. The Salish people used it to weave blankets and clothes. However, European settlers brought machine spun wool which resulted in the breed declining.

The dog weren’t interbred because woolly hair was considered a recessive trait.

The Moscow Water dog was a working dog for the Soviet Union armed forces. Red Star Kennels produced the dog we know little about.

What we do know is that it was a combination of Newfoundland, Caucasian Shepard Dog and European Shepards.

It’s fluffy double coat was perfect for cold weather. Unfortunately, it’s aggressive nature led to it attacking drowning victims rather than saving them.

The Alpine Spaniel was a rescue dog in the Swiss Alps. They were highly intelligent dogs who guarded sheep and cattle.

It had long curly hair which required regular grooming.

The breed became extinct due to interbreeding. Today’s closest variations are the Cluster Spaniel and St. Bernard.

The Turnspit Dog was a cook’s servant back in the 16th Century!

They had long bodies and short legs which made them ideal for work. They ran on a wheel to keep meat turning on a fire.

According to the Illustrated Natural History, two dogs would work a shift together to share the strenuous work involved!

Often described as suspicious and unhappy- I wonder why- they eventually became extinct when automated roasting jacks replaced their role.

The Tweed Water Spaniel was an athletic dog from the Scottish border.

These brown dogs were intelligent, courageous and sporty creatures who loved the water.

Unfortunately, the breed became extinct due to interbreeding. Breeders used them excessively to produce the up and coming Golden Retrievers.

The Kuri was a Polynesian dog introduced to New Zealand in the 13th Century.

The Kuri was bushy tailed with powerful shoulders, short legs and a yellowish brown or black coat. They howled rather than barked – a trademark of Polynesian dogs.

The Maoris used Kuris to hunt birds- and sadly- ate them as a delicacy on occasion!

The arrival of European Settlers saw the Kuri go extinct as it couldn’t interbreed.

The Hawaiian Poi Dog was a pariah hound (half wild, free ranging dog) with a vegetarian diet.

It arrived to Hawaii with the Polynesians 1,000 years ago. The name comes from their diet of “poi” which is a paste made from tapo root. The dogs became obese and inactive from this diet. They developed flat heads due to the disuse of their chewing bones.

The Poi Dog was clumsy but playful. They went extinct due to interbreeding in the early 19th century.

The St John’s Water Dog was a mixed breed. Developed from Irish, English and Portuguese working dogs, it was a favourite of fishermen due to it’s great temparmant and working behaviour.

They became extinct when their numbers dwindled due to interbreeding for Retrievers.

The medium to large Cumberland Sheepdog was a highly intelligent dog with a long furry coat.

Their extreme intelligence made them easy to train and highly observant, so they learned new things quickly. Sheepdogs relied on their owners to show leadership, otherwise they assumed a dominant role and became very bad listeners!

The Border Collie is the closest match alive today.

Fierce, fiesty and tough, information about the Blue Paul is scarce but we do know they were fighters.

They have disputed origins but the story goes that a sailor named John Paul Jones brought them to Scotland around 1770. They were strong and powerful. People bred them to fight and they fought until the death with fierce aggression.

Breeders matched them with other breeds to create the American Pitbull and Staffordshire Bull Terrier.

Strong, agile and clever, the Bullenbeisser was a loyal hunting dog also known as The German Bulldog.

Similar to today’s Boxers, Mastiffs and Pitbulls; the Bullenbeisser was the ideal hunting companion due to their intelligence and devotion to their owners. They came from Germany and appeared throughout The Holy Roman Empire.

Also known as the Raestraedor Braislero, the Brazillian Tracker was a large breed first recognised in 1967. The tracker had a smooth, short coat and came in a range of colours.

Surprisingly, in 1973 just six years later the breed became extinct after and outbreak of disease and an overdose of insecticide.

The trackers breeding stock vanished. Today, some are trying to recreate it but it’s proving difficult due to a shortage of dogs that carry the gene and a general lack of interest from the public.

Last but not least, the Sesker Seal Dog. The Sesker was a Finnish spritz-type dog that existed from the Stone Age until the 20th century.

Folk bred them to hunt seals for centuries. Despite this purpose, they were kind, gentle and great with children.

Unfortunately, preservation efforts stepped up to protect seals and breeding efforts stopped on the Sesker leading to their sad extinction.

So, there we have it. A whopping list of extinct dog breeds who aren’t with us anymore. While it’s sad, plenty of these breeds live on through their interbred descendants.

Which breed would you pick if they were still around today?

Honour the dead, but celebrate the living with us at BusterBox, we’re the best dog treat box in the UK and Ireland, helping to provide you and your beloved furry friends with magical experiences each and every month. 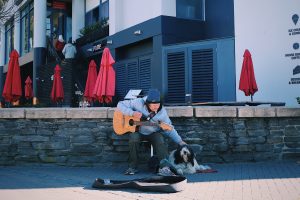 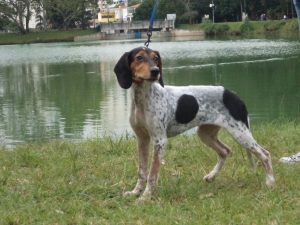